Years ago, when my grandmother was still around, it has occurred to me that only my mother and I knew her recipes, and we knew them by heart; they were not written anywhere. I decided to write them down, organizing them by Jewish holidays. Then my memories took over, plunging me into family stories, and the book acquired a life of its own, going away from the actual recipes into post-war Odessa realities. 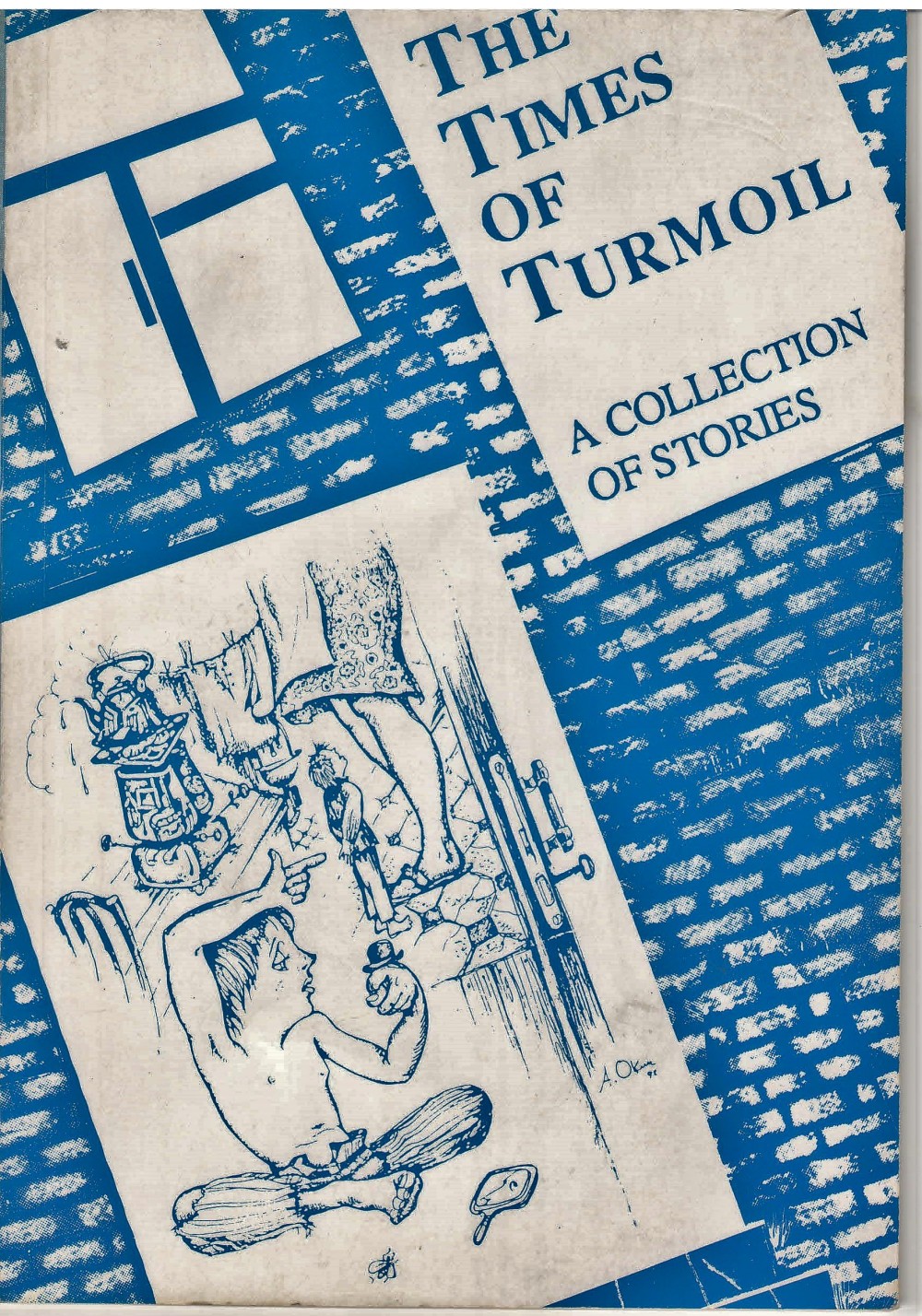 In 1992 my son Alex (Arkady, in Russian), then a junior at Brandeis University, was awarded an Undergraduate Fellowship for translation of a collection of stories by Russian authors, compiled by Professor Inna Braude. A year later, this book was published by Hermitage Publishers, illustrated by a prominent Russian artist Alexander Okun. It is available on Amazon (https://www.amazon.com/Times-Turmoil-Collection-Stories/dp/1557790655/ref=sr_1_1?). I am tremendously honored that my story made it into this distinguished line-up of authors, translated by my son. To quote Professor Braude, “the epicenter of the narrative is concentrated on the past – on the rapt and loving view of it” (Introduction).

Due to popular demands, specifically prompted by a dear blogofriend, an immensely talented and creative Judy of https://judydykstrabrown.com, I am embarking on a two-week project, posting one chapter every other day. But don’t feel deprived, Beautiful People; I will not leave you without recipes. At the end of each post there will be my grandmother’s actual holiday recipes. Warning: sometimes you will find next chapter starting at the end of a page and you’ll have to wait until  the following week to find out what happens!

You can watch a cute Russian cartoon based on this poem.

And here is the first recipe of the series:

Round Challah for a Sweet Year

We are getting ready for Rosh Hashana, the Jewish New Year, and we are baking traditional round challahs that symbolize the cyclical nature of life, the end which is also the beginning. There are two statements in this sentence that fall into the “everybody knows” category. However, as everybody knows, most of the things known to everybody are not exactly the way they seem. Let’s take them one by one.

Time flows. People impose their own markers on it arbitrarily, for their own convenience. In fact, there are four Jewish New Years prescribed by law (Mishnah Rosh Hashanah 1:1), and Rosh Hashana actually means “the Head of the Year” rather than New Year. In the Gemorrah (Rosh Hashana 8a) it is stated that Rosh Hashana is the anniversary of creation – Happy Birthday, Adam! It isn’t called New Year anywhere; it is called The Day of Remembrance. What are we remembering? Everything! The good, the bad, the ugly, the intentional, and the honestly erroneous.

In Yiddish, we wish each other L’Shoneh Toiveh  v’Sikoseivu – may you be inscribed for a good year. Even the greeting cards used to be called leshonehtoivehs, as in, “Did you send a leshonetoiveh to your uncle?” We believe that this is the time when our deeds (and thoughts!) are examined, we are given ten days, until Yom Kippur, to right the wrongs, and on Yom Kippur, our fate for the upcoming year is inscribed in the Book of Life. Because He is kind and compassionate, we are given an additional reprieve and one more chance, and on the last day of Sukkos, our fate is sealed.

What about the round challah, and anyway, does it look round to you? To me, it looks more like a spiral, or a curled-up snake. In the Torah (Bamidbar 21:5-9), we find that Moses was commanded to make a copper serpent and affix it to a pole. When a sick person looked at the serpent, he was instantly cured. What a strange story: a snake whose bite brings death, a serpent who is blamed for luring Adam and Eve into transgression, all of a sudden becomes a source of healing?  Says the Gemorrah: “Could a snake [on a pole] cause death [by not looking at it] or give life [by looking at it]? Rather, when Israel would look upward and subject their hearts to their Father in Heaven, they would be cured; but if not, they would waste away.” In other words, the shiny copper snake was there to attract the eye heavenward, rather then down, and bring “a miracle within a miracle” (Rambam) – healing by a symbol of harm.

Most importantly, at this time we bentch mehilah  – ask forgiveness of all our relatives, friends, and especially enemies, for anything and everything we may have done to cause them harm. Please consider this post as my way of asking mehilah of family, friends, and especially enemies, even though I am not aware of any, but with my fighter personality, I am sure they exist. Please forgive me for anything, intentional or committed by mistake, that has caused you any harm or even inconvenience!

So let’s make this year beautiful!

I start the healing process by baking spelt round challahs, as opposed to my usual combination of spelt and whole wheat, to make them gluten free. I also replace agave with honey, as is customary on Rosh Hashana, to make my challahs sweeter than usual. Finally, most of the time during the year I put in a handful of chocolate chips, but these challahs want only raisins. Other than that, it’s a usual process. Put all your wet ingredients into the bread machine first, followed by spelt flour, make a well in the center of flour mound, and put your yeast there. Salt goes somewhere in the corner, and raisins top it all off. Set the machine on DOUGH cycle and go do something else for an hour.

Flour a board and take your dough out. It should come out easily, but if it sticks to the sides a little, sprinkle some flour to the stuck spots, and scrape it out. Don’t forget to take your challah out, with the Brocho; that’s where we got the name, after all. The dough should feel soft and pliant, but not airy. If you feel that it is too dense, you can add some water. If it’s too liquefied, add some flour. In both cases, you’ll have to knead by hand, but very gently. Divide your dough into equal parts (this recipe is for six, but you can double it if your machine is larger, or if you do it by hand) and start rolling your “snakes.” Tuck the bottom end underneath securely.

Glaze by gently brushing them with egg wash, sprinkle some sesame or poppy seeds, and put them in a warm place for about an hour, or until they double in size. Bake them for 30 – 35 minutes until golden and crusty.

Dip your challahs in honey, and let’s wish each other and the entire world a beautiful, healthy, and sweet year, full of joy! L’shoneh Toiveh v’Sikoseivu!