At first, Jews had it good in the Roman-administered land which is now France. Having lost their own homeland, they have dispersed throughout immense Roman Empire, settling mostly along trade routes. Even though they were still not allowed to own land, nor practice law or hold any administrative positions (restrictions are nothing new to us!), they were highly valued as physicians, as well as tax collectors and sailors (Jewish Encyclopedia). Acknowledged by the Church in V century, they freely mingled with Christians and even sang Hebrew psalms at the funeral of a Bishop of Aries. Christians, in turn, participated in Jewish Shabbos and holiday feasts (ibid.) 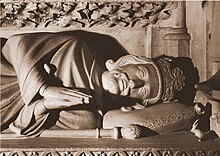 Alas, the Romans exit from the stage of history. Enter Dagobert, King of the Franks, who makes Paris his capital and builds the Saint Denis Basilica. Beloved and admired by most of his subjects for “rendering justice to rich and poor alike” (Durant, The Age of Faith. The Story of Civilization), Dagobert was the first ruler in our almost 6,000-year history who proposed expulsion of the Jews who refused to be baptized. The royal proposal was not implemented as the King had more pressing concerns: his own morals came under severe criticism from influential clergy; he happened to have three queens – at the same time! – and an assortment of concubines. Even his anti-Semitic zeal did not shield him from Papal wrath.

Enter another great ruler, or, rather, two rulers, equally famous and universally admired:  Charlemagne and Harun-al-Rashid. The two did see eye-to-eye on many matters, including “the Jewish question,” and when the French King sent ambassadors to the Bagdad Caliph (not to Disney World – to the real Arabia), Isaac the Jew accompanied them with a specific purpose: to ask the benevolent Caliph to send a rabbi to Narbonne, the newest Jewish settlement in the land of Franks (History of the Jews in Babylonia). Unprecedentedly, Charlemagne even allowed Jews to enter into lawsuits with Christians, yet they were still prohibited from trading in currency, wine, or grain (again, restrictions are nothing new to us!). Since Charlemagne’s son Louis, alternatively called “the Fair,” “the Debonair,” and eventually, “the Pious” continued his father’s policy of tolerance towards the Jews, hoping that “the Jewish question” would in time resolve itself and the recalcitrant Jews would gradually convert without being forced, a couple of centuries went by in relative prosperity and good will on both sides (Cohen, Living Letters of the Law: Ideas of the Jew in Medieval Christianity).

But another King Louis, number 9 ( not to be confused with the previous one) did not become Saint Louis for nothing! The only French King ever canonized by the Catholic Church, King Louis IX, crowned at the age of 12, had been brought up by his regent-mother Queen Blanche, a deeply religious Spaniard. To her beloved son, she confided:

I love you, my dear son, as much as a mother can love her child; but I would rather see         you dead at my feet than that you should ever commit a mortal sin (Pirlo, Saint Louis).

When the time came, the Queen chose a wife for Louis who was as fanatically religious as herself and still continued to co-reign with her son who was already in his 30’s. With mommy like that, is it any wonder that Louis IX went crusading? Anything to get away from home, he probably thought. However, even before the 7th and 8th crusades in which he participated, the King had instituted the infamous Disputation of Paris, where Rabbi Yechiel of Paris defended the Talmud against accusations of one Nicholas Donin, a convert. As a kind and merciful ruler, Louis did not emulate the initiative of his great-great-great-grandfather Robert the Pious who had simply burned Jews at stake (and you thought it was the Inquisition that started it, didn’t you, Beautiful People?). Instead, he ordered the Talmud itself to be burned, thus inaugurating the custom of “heretical book burning” (Seidman, Faithful Renderings).

Tragically, even though the Church did not approve of unnecessary blood shedding and the crusaders were specifically admonished by the Pope  “that the conversion of Jews is not to be obtained by force” (Simonsohn), “crusaders killed without mercy all the Jews whom they met on their route” (ibid.) One lucky exception was the city of Narbonne (the one where Harun-al-Rashid had sent a rabbi), whose Christian Prince prevented the massacre and saved his Jews (ibid.)

This is a medieval miniature depicting expulsion of the Jews by King Philip Augustus, one of St Louis’ predecessors (and you thought it only happened in Spain, under Isabella and Ferdinand, didn’t you, Beautiful People?). All Jewish properties were confiscated and immediately converted to cash which went to a special treasury account Produit des Juifs (Proceeds of the Jews). Having quickly realized the loss of revenue resulting from the loss of Jewish merchants, Philip rescinded his edict and recalled Jews back – as his serfs and his personal source of income. At the time when serfdom was already disappearing as a social institution, Jews in France did not possess even the basic serf rights to appeal to clergy and seek protection. The King and the lords would say “my Jews” in the same breath as “my horses” or “my dogs,” and treated the Jews much worse (Taitz, The Jews of Medieval France). The subsequent condemnation and burning of the Talmud was the last straw; it was time to pack bags and move – but where? England has also expelled its Jews, Spain was in the throes of Reconquista (recapturing of allegedly Christian territories occupied by the Moors), and Germany was a crazy quilt of miniscule princedoms vying for power  and often seizing Jews as scapegoats for all misfortunes, from plagues to Mongol invasions.  The Crusaders also sowed death and destruction in Germany on their way to the Holy Land.

Here today – expelled tomorrow! The incessant Jewish wandering from one princedom to another in medieval Germany is brilliantly depicted by Lion Feuchtwanger in his novel The Ugly Duchess. Yet the long-suffering French Jews had no choice but to join their German brothers. With them, they brought a French name for a special Shabbos meat stew that has been traditional throughout millennia – cholent, from the old French chalant (to warm). Since we are not allowed to cook on Shabbos, this rich stew, full of meat, beans, and barley, is started on Friday afternoon before Shabbos commences and is cooked slowly overnight, for lunch on Saturday. Thus the second theory of cholent etymology, from chaud (hot) and lent (slow), and the third, from Hebrew she-lan (that rested, presumably overnight) (Einhorn, Old French: a Concise Handbook). Personally, I am highly doubtful of the latter, but I haven’t made traditional cholent in many years – I make what I call “cholent light” – and the only reason for this long historical prelude is that…

…this is where East met West, contrary to Kipling’s famous statement that “never the twine shall meet.” The idea of dumplings, little dough balls dropped into soups and stews travelled along the Great Silk Route to Italy, and from there to Germany. The easiest treat: just mix a little flour with water, add an egg for binding, and drop in into the pot to cook and absorb flavors. Obviously, cooked overnight in cholent, kugels (balls in Middle High German) would be so much more delicious! So delicious, that Jewish housewives borrowed the German technique of a little round clay pot called kugeltopf – literally, ball shaped pot, placed on top of the big cholent pot. Thus, a chalet-kugel (referring to the rounded form) was born, and a 17th century Frankfort Rabbi Yosif Hann instructed, ““Do not forget to taste your schalet on Friday (before the onset of the Sabbath) to test whether it be properly cooked!” Simple flour kugels diversified; the same Rabbi Hann mentions three types of chalets: bread, noodles, and matzah. Finally, the 19th century saw impoverished Jewish communities who took advantage of cheap and easily grown potatoes to invent a new Shabbos dish: a delicious and filling potato kugel. Since most of the times an entire community used one big communal oven, as I have described here, kugeltopfs could no longer be placed on top, as before, thus they were simply placed inside the oven next to cholent pots. This has neatly eliminated the need to maintain round shape, and today you can find – or make! – kugels in any shape, form, and flavor, from savory to sweet, and bake them in your oven (https://jamiegeller.com).

My kugel is square, just like this box of matzah (NB: I only use machine-made matzah for cooking, otherwise we eat hand-made matzah). What you see in front of it is farfel, which is what’s left when you ground matzah to make matzah meal. Why do you need to have matzah meal? Because during Passover you can’t use flour or any leavened bread. Thus Passover kugel could be made by simply breaking a couple of matzahs into small pieces, but I had leftover farfel to use up. Certainly, if it’s not for Passover, any flour, crackers, or leftover bread could be used. The process is just as simple as in medieval Germany: soak farfel or matzah in hot water until soft, mix in any filling desired – from sautéed onions, to any kind of veggies, to honey and cinnamon (I had to use up leftover spinach),  add an egg or two to bind it, and put it in the oven. If you want to have a nice crust on top, you might sprinkle it with more farfel or bread crumbs. It is equally delicious hot or cold.

I grew up with a custom of tasting foods prepared for Shabbos on Friday afternoon, as a means of securing an extra blessing. Imagine my surprise, Beautiful People, when I read Rabbi Hann’s admonishment to taste not just any foods, but specifically kugel, to make sure it is ready. Whether you make it for Shabbos or holiday, or just to have a delicious breakfast, lunch, or side dish, let this delicious morsel remind you of centuries of wandering, suffering, and surviving.