I have just learned from a marvelous blogger Derrick Knight at https://derrickjknight.com and the lovely Mrs Knight known as the Culinary Queen that ratatouille with tomatoes and red peppers is called “red ratatouille.” That’s how we have made it in Odessa for the last 200 years, only we called it “sauté.” Here is the proof! Enjoy, Beautiful People.

Visualize two legendary gourmands, the Roman Emperor Caligula and the French King Henri IV, having a heated argument across the span of sixteen centuries. Now imagine a little rat called Remy who loves cooking up a storm and inventing new dishes. Finally, picture a winged Greek goddess Nike (that’s a name, not Michael Jordan’s sneakers!) hovering over all three declaring in a booming voice of a boxing referee, “And the winner is… Remy”

“No way! – screams Caligula, – it’s my favorite dish! Even the Greeks knew how to make it, and we conquered the Greeks, so there!” 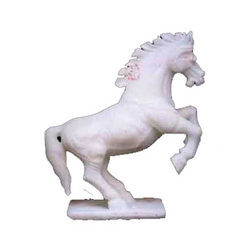 Oops, sorry, this is not Caligula; it’s his horse Incitatus, but since he did make Incitatus a member of the Senate, perhaps we’ll get some truth out of the horse’s mouth. No? Oh, well, it won’t be the first case of a senator remaining silent.

Ooops, this is also not the real…

A Dream In The Making

the kettle is on and the thoughts are brewing

an entity of CONTRADICTIONS. out now!

My Experiments With Food

Something to Ponder About

Artists & writers only exist because the world is not perfect.

The opinions expressed are those of the author. You go get your own opinions.

Food by the Gram
food comas

Award-winning author of faith-inspired romance novels for every reader

food and ideas that nourish

Alice Runs Away
Two Cents of a Street Sage

Your fun pack for this peregrination called life

“I set plainspoken wisdom before you, my heart-seasoned understandings of life.” ‭‭Psalm‬ ‭49:3

Poetry From the Heart!

Center of all things Otaku.

Do It All Dad Year Podcast Blog

Controlling My Kids With Comedy

LIFE IS ALL ABOUT KEEP ON COMPLETING MY ALL THE PASSIONS ONE BY ONE FOR THE LIFE TIME .

Always Be Happy Because It's Will be Change

Fighting The Rare
Shoes On The Wrong Feet

There's a fire over here, everyone panic! And other ramblings...

"Exercise for thy mind and thy body will follow."

The Writer in Black

News and views from The Writer in Black

Just A Senior Sharing My Love Of Peg Loom Weaving

Book Blogger, Author, and I talk about dogs...a lot