South Florida is a crazy patchwork of little cities, towns, and villages, each boasting tropical flavor and colorful history. However, only one bears an official title City Beautiful, the City of Coral Gables. One of the seven cities in the United States influenced by the City Beautiful North American architectural movement which promoted “beautification and monumental grandeur” (that’s what they called gentrification in late 19th – early 20th century) not for the sake of beauty alone, but “to create moral and civic virtue among underprivileged urban populations” (Bluestone, 1988). Planned and developed by George Merrick in the “roaring twenties,” it is a gem of Mediterranean Revival architectural style, with fountains, parks, a luxurious tree canopy, and an urban forest. An environmentalist’s dream and a model of civic responsibility, it counts among its most remarkable historical sites the Venetian Pool, created from an abandoned coral rock quarry.

Every time I find myself in Coral Gables (mostly to see a play at the Actors Playhouse located at the historic Biltmore Hotel), I keep expecting Jay Gatsby and Daisy Buchanan, if not F. Scott Fitzgerald himself, to join us for an after-theater drink somewhere in the business district where everything is within two blocks. I do know that the novel’s setting is in New York, but the beautiful carefree spirit is here, in the City Beautiful.

If you have seen any of the film adaptations of The Great Gasby, you would undoubtedly remember the pool party. Even though not one of them features the Venetian Pool, I still imagine Jay and his friends visiting it once in a while and having one of those fun parties among its lush tropical greenery and translucent coral decorative elements.

It is a public swimming pool, and, unfortunately, not everybody among the swimming public (that includes a huge number of tourists visiting this unique attraction every day) possesses the “moral and civic virtue” its developers originally had in mind. The four acres of sparkling water and surrounding park routinely turn into landing grounds for non-biodegradable plastic and Styrofoam containers. 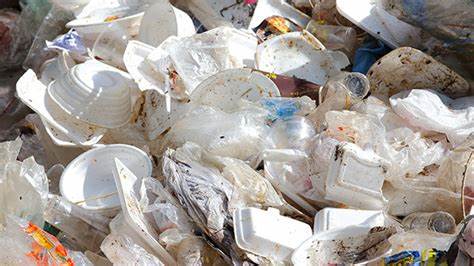 The beautiful city of Coral Gables has passed an ordinance in 1916 banning the use of Styrofoam by the city itself, as well as vendors, special event organizers, and anyone else doing business with the city. Moving further in its attempts to protect the environment, Coral Gables tried to extend the ordinance to businesses, adding a ban against single use plastic bags. That’s when the Florida Retail Federation jumped in, and after a protracted legal battle, won (https://www.miaminewtimes.com/news/coral-gables-loses-fight-to-ban-styrofoam-and-plastic-bags-11538028). Following Coral Gables, the cities of Surfside and Palm Beach passed similar laws but had to repeal them, threatened with lawsuits by  – you guessed it! – the same Florida Retail Federation that represents mammoth corporations, such as Publix, Walmart, Target, etc.

A fabulous blogger and a great environmental advocate Carol Taylor of Retired? No one told me! has instituted a Naughty Corner to publicly shame those who put their mercantile interests ahead of their civic responsibility. Dear Carol, who do we send to your Naughty Corner, Florida Retail Federation or the State of Florida that still has preemption laws on the books which prohibit environmentally conscious cities from banning styrofoam, plastic bags, and plastic straws?

While ranting about the environment in the midst of a pandemic, I can’t leave you, Beautiful People, without a recipe. And since I’ve already linked this post to lovely Carol, this is how I shamelessly tweaked one of her exotic scrumptious salads. I couldn’t use blue swimmer crabs; crabs don’t swim in the blue waters of the Venetian pool, nor do they visit my kosher kitchen (all shellfish is not kosher). Fortunately, for many centuries the clever Japanese cooks have made surimi – fish paste used in many dishes, and in 1970’s some even more clever Japanese men figured out how to tweak that paste into imitation crab meat. (*To be considered kosher, surimi must have kosher certification.) For the same reason I couldn’t use shrimp, dried or otherwise, but Carol said it was optional, so I opted out.

This weird looking vegetable is called long snake beans (they are not kidding!), and I searched high and low, but eventually had to replace them with snow peas. Once green papaya and carrots are grated, scallions and snow peas chopped, and red pepper(my usual alternative to chili pepper) diced, I was ready for “not-exactly-crab.”

Sliced surimi and tomatoes went into it, as well as diced garlic and frozen corn (sorry, Carol – not charred).  As I have not been able to find kosher fish sauce, widely used in Thai and other Oriental cuisines, I have learned to use Worcestershire sauce instead. Some lime juice, a little bit of zylitol (you can use palm sugar, says Carol), chopped roasted peanuts on top – and you have a perfect salad: a healthy combination of protein and veggies with perfect flavoring, sweet, salty, sour, and spicy at the same time.

Besides serving as a centerpiece on my table, this delicious salad has prompted a lively discussion about protecting our environment from greedy corporations and irresponsible inhabitants of planet Earth.