Slavery started in Haiti with the arrival of Columbus. Met with friendliness, welcoming gifts, and delicious local fritters called Accra or Akra, he described the native Arawak Taino people as “tractable, and easily led; they could be made to grow crops and build cities” (Mellzer, Slavery: A World History, 1971). And the gentle, helpful natives were forced to do just that, as well as work in the gold and copper mines. Nobody knows how many Taino people had lived on the island before Columbus “discovered” them – nobody bothered counting! – but about a third of the population died of hard labor and European diseases within the first two years, and estimated 92% disappeared during the first ten years (Thomas, The Slave Trade: The Story of the Atlantic Slave Trade: 1440–1870, 2013). 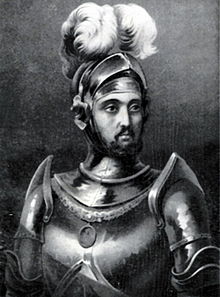 Don Diego Columbus, the 2nd Admiral of the Indies, 2nd Viceroy of the Indies and 4th Governor of the Indies “by right of his father’s discovery” (as well as by dint of being married to King Ferdinand’s second cousin – nepotism works!) was forced to bring the African slaves to the island in 1505 due to the drastic decimation of Taino population. “Someone had to work the plantations, after all,” – he reasoned.

It marked the beginning of three hundred years of brutality the likes of which is hard to find anywhere else. No wonder slave uprising were frequent! Thousands of slaves escaped into the mountains, forming communities called maroon (reddish-brown color). Their knowledge of native plants afforded a unique weapon of resistance – poison. Fear of being poisoned spread among plantation owners like wildfire, prompting the French King to issue a ban on poisoning. The maroons’ reaction was to use another tactic – arson. Having been used by the gentle Tainos to prepare feasts of welcome, fires now burned bright, consuming slaveholders together with their livestock and properties. Eventually, the flame of resistance culminated in a successful revolution (1791 – 1804), the first and the only such event in the world that gave birth to an independent nation.

The same delicious fritters probably made for Columbus by the hospitable Taino natives are still popular in Haiti, and my student Rose Andrelle Pierre kindly shared this recipe and photos.

It is really so simple that you start wondering how something so simple could be so good! You need about 8 – 10 malanga roots, and you peel them the way you peel any root vegetable.  An important fact about malanga, AKA yauta, is that it is nightshade and gluten free.  Grate your malanga on a fine grater and put it aside.

The secret of accra is in seasoning: green pepper, hot peppers, lots of garlic, scallions, parsley, and some bouillon cubes or soup powder. Haitians prefer Maggi brand, but any soup powder will add the right flavor (note: Maggi is not kosher). Add some salt and hot sauce, if you are so inclined, and apply elbow grease to pound it into paste with your mortar and pestle. What – you don’t have a mortar and pestle? Don’t worry, says Andrelle, you obtain the same results by using your trusty blender.

Mix the seasoning paste with grated malanga, and you are ready to fry.

Remember plantation fires preceding the slave revolution, and start your deep frying on high flame. Form those oval beauties, drop them into boiling oil, and reduce heat to medium. It only takes about 3 – 4 minutes for them to acquire that gorgeous maroon color – reddish brown.

Serve your Accra with vegetables as an appetizer or a snack, or use it as a side dish to complement Haitian Baked Fish (Haiti, Part 1).  Andrelle wishes you Bon Appetite!