Visualize two legendary gourmands, the Roman Emperor Caligula and the French King Henri IV, having a heated argument across the span of sixteen centuries. Now imagine a little rat called Remy who loves cooking up a storm and inventing new dishes. Finally, picture a winged Greek goddess Nike (that’s a name, not Michael Jordan’s sneakers!) hovering over all three declaring in a booming voice of a boxing referee, “And the winner is… Remy”

“No way! – screams Caligula, – it’s my favorite dish! Even the Greeks knew how to make it, and we conquered the Greeks, so there!”

Oops, sorry, this is not Caligula; it’s his horse Incitatus, but since he did make Incitatus a member of the Senate, perhaps we’ll get some truth out of the horse’s mouth. No? Oh, well, it won’t be the first case of a senator remaining silent. 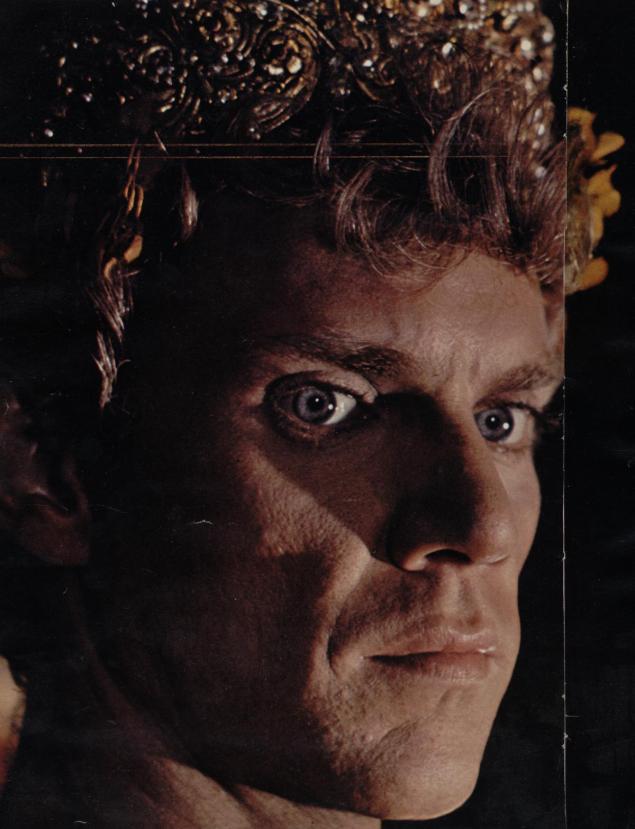 Ooops, this is also not the real Caligula, but only a photo from a 1979 film (NOT family-oriented, by far!), where a great British actor Malcolm McDowell brilliantly portrayed a depraved, insane young emperor who eventually declared himself god.  No wonder the Victory Goddess Nike considers him a loser! Forget him. 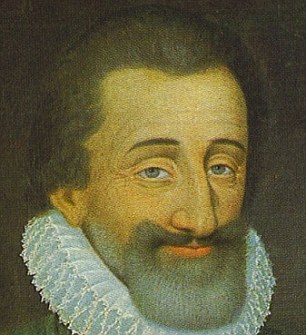 “Nonsense, mon ami, – smiles King Henry into his moustache, – I used to have a whole grand pot of it with my three of four dozens of Belon oysters and a couple of bottles of wine, as an appetizer, you know… Navarre, you know, is right next door to Nice… My kingdom, you know, it was definitely worth a Mass!”

“Getting warmer, Your Majesty – concedes Nike, – but did you have tomatoes? What about zucchini? And this funny purple Indian thing called eggplant? No? Of course not! They were brought to Europe after your time, so you are close, but no cigar!”

“Me, me, me! – squeaks Remy the rat, – I invented ratatouille! It’s named after me, and this is how it happened!”

Remy the rat is definitely the winner here but, contrary to many movie fans’ belief, Ratatouille most probably originated in Nice and the Provence region of France (close to Navarre, Your Majesty, you’re right about that!). It even has a last name, Niçoise. There is a definite Mediterranean flavor to this simple, hearty, and healthy dish of vegetables stewed in olive oil with herbs de provence.

The word Ratatouille itself means to toss, or to stir, from French touiller. The classic recipe starts with minced onions and garlic (lots of garlic!), sautéed in olive oil to soft golden perfection. Meanwhile, you need to slice or cube zucchini, eggplant, and sweet bell pepper, dice a nice soft juicy tomato, and grate a carrot. While Remy the rat prefers a sliced version, I like my veggies disintegrated to the point of blending. For my rosettes presentation, it serves the purpose. Combine your sautéed onions and garlic with all the cubed veggies in a pot, add some more olive oil, and start cooking and stirring, cooking and tossing, and stirring again. Add all your herbs: parsley, basil, oregano, rosemary, and thyme. I also add cilantro and my secret ingredient, light sweet red wine. Season it with salt and pepper, and perhaps a dash of cinnamon. This is going to cook for quite a while, about 40 – 45 minutes, so meanwhile you can get your rosettes ready.

I use these vegan spring roll wrappers. I am sure you can find a similar product or substitute any flaky dough cut into squares.

You have to press them into a misted with oil muffin pan making sure that the edges don’t fold inside.  Bake them for about 12 – 15 minutes, until golden brown and crispy. 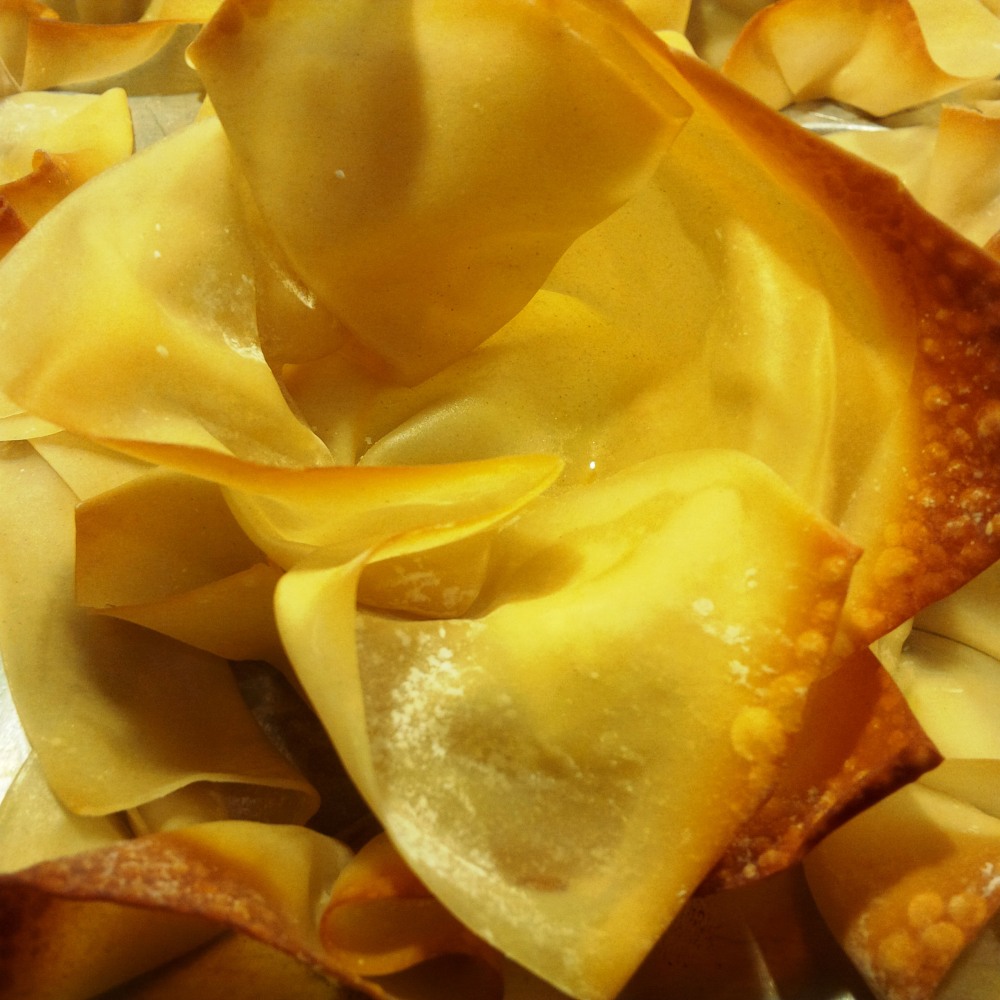 Remove them from the oven and let them cool in the pan. They are pretty fragile, so you have to be careful not to break them! Now you can arrange them on a serving platter and wait until your guests arrive and you are ready to serve. Fill them with hot Ratatouille right before serving. You don’t want these crispy beauties to get soggy! 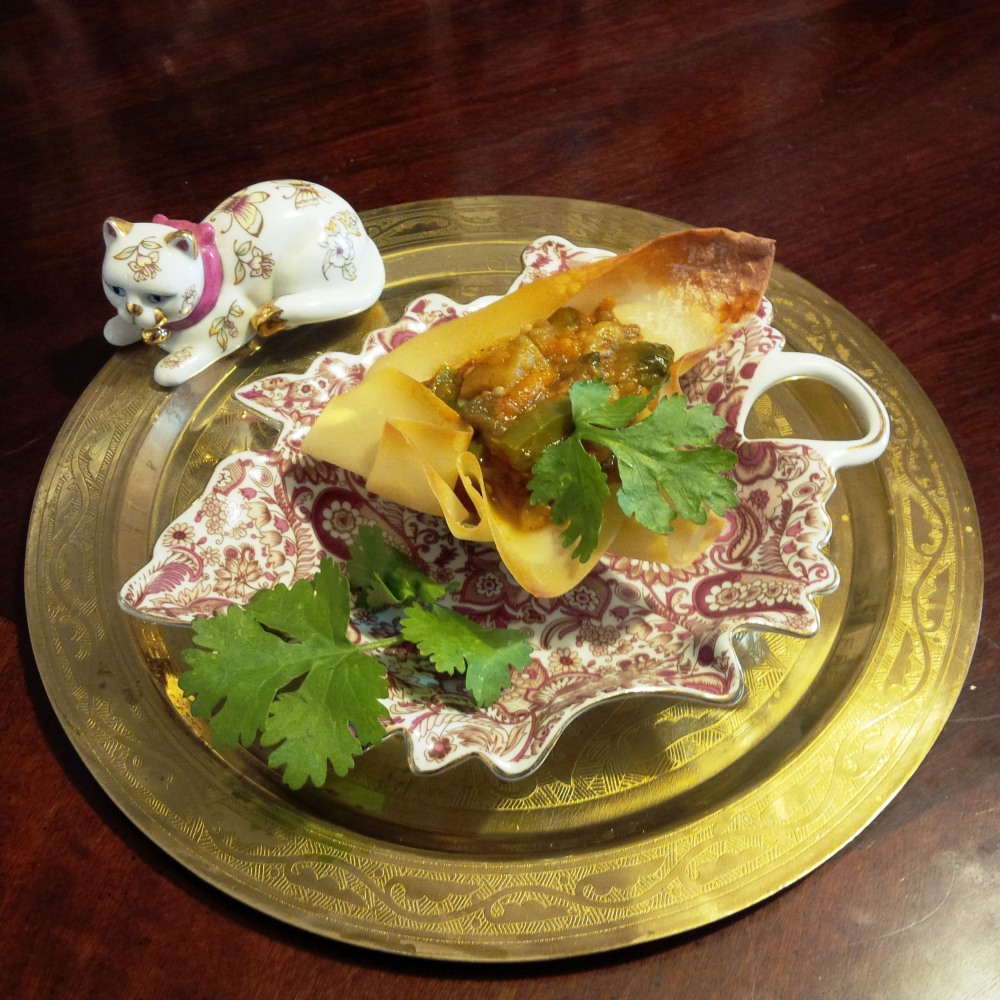 You have made an elegant and tasty appetizer or side dish, and you don’t have to be a goddess, a king, or an emperor to enjoy it!

A Dream In The Making

the kettle is on and the thoughts are brewing

an entity of CONTRADICTIONS. out now!

My Experiments With Food

Something to Ponder About

Artists & writers only exist because the world is not perfect.

The opinions expressed are those of the author. You go get your own opinions.

Food by the Gram
food comas

Award-winning author of faith-inspired romance novels for every reader

food and ideas that nourish

Alice Runs Away
Two Cents of a Street Sage

Your fun pack for this peregrination called life

“I set plainspoken wisdom before you, my heart-seasoned understandings of life.” ‭‭Psalm‬ ‭49:3

Poetry From the Heart!

Center of all things Otaku.

Do It All Dad Year Podcast Blog

Controlling My Kids With Comedy

LIFE IS ALL ABOUT KEEP ON COMPLETING MY ALL THE PASSIONS ONE BY ONE FOR THE LIFE TIME .

Always Be Happy Because It's Will be Change

Fighting The Rare
Shoes On The Wrong Feet

There's a fire over here, everyone panic! And other ramblings...

"Exercise for thy mind and thy body will follow."

The Writer in Black

News and views from The Writer in Black

Just A Senior Sharing My Love Of Peg Loom Weaving

Book Blogger, Author, and I talk about dogs...a lot